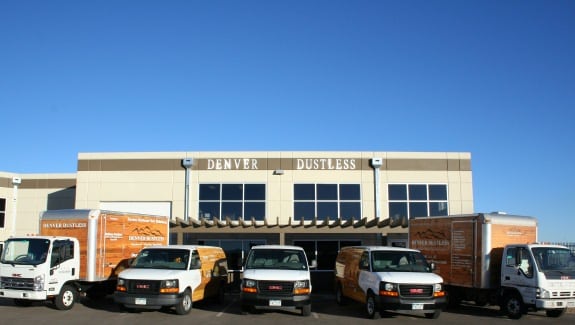 The most trusted name in hardwood flooring!

For 3 generations, the Hoffman family has been the recognized name in hardwood flooring.

When it comes to hardwood flooring, there isn’t a family name in the business more recognized than the Hoffman’s. Randy Hoffman  began helping his dad and uncle when he was a kid. In 1971, fresh out of High School, Randy Hoffman went to work for Willy Northrup at Arvada Hardwood Floor Company. There, he installed and finished hardwood flooring until the fall of 1985. That year he opened and operated American Hardwood Floor Company. He quickly landed key accounts with the new business including Mission Viejo Company. At that time, Mission Viejo had just begun to develop property south of Denver, building new homes in became Highland’s Ranch.

In the spring of 1986, Willy Northrup offered Randy ownership at Arvada Hardwood Floor Company. He eventually accepted the offer and served as Vice President until the sale of the company in 2002. Randy’s leadership skills, knowledge and respect in the industry helped Arvada Hardwood become the largest flooring company in Colorado.

By the late-1990’s, Arvada Hardwood was the partner of choice for nearly every major homebuilder in Colorado. Through these partnerships, Arvada Hardwood installed, sanded and finished literally millions of square feet of hardwood flooring in new homes throughout Colorado. All three of Randy’s sons, Donnie, Randy M., and Jeremy, had followed in their father’s footsteps in the business. As the next generation of hardwood floor craftsmen, they set the bar for those around them.

In 2002, Arvada Hardwood Floor Company sold to Home Depot. After the sale,  Randy, and Jeremy opened Denver Dustless. In 2005, Randy Hoffman Sr., and his oldest son Donnie, joined them. Here they have continue the legacy of three generations of hardwood floor installation and refinishing the Hoffman’s have set before them.

Our Office and Showroom

Call for enquiries
Email Us
Email Us
Scroll to Top